Egg Bejo recipe – from the burmese cuisine. It is a popular street food served all over India nowadays. Egg bejo is a spicy, tangy and tasty recipe. It is served as a snacks or a starter. The main ingredients being the egg with fried onions, fried garlic, red chilly flakes along with lemon juice, tamarind juice and salt water. Egg bejo is garnished with finely chopped coriander leaves. When all the ingredients is ready it can be served in a minute. 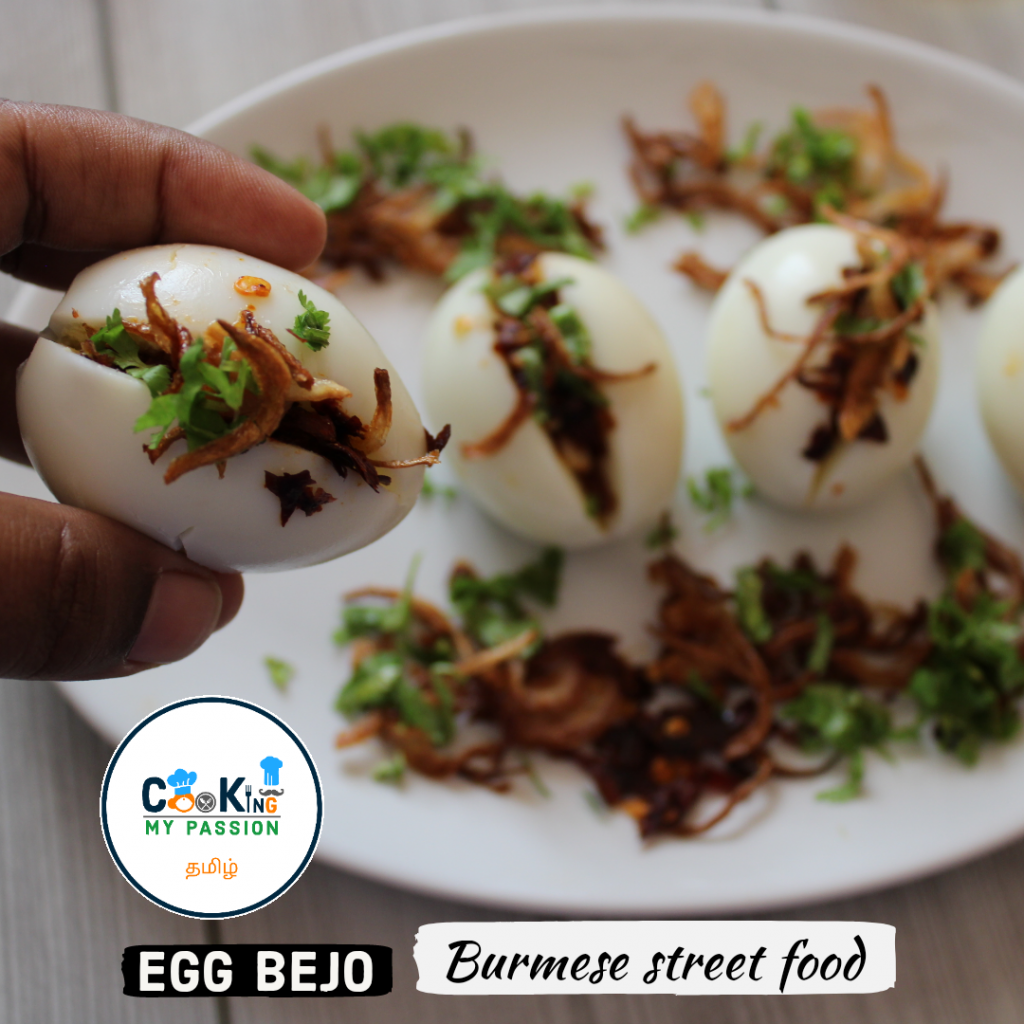 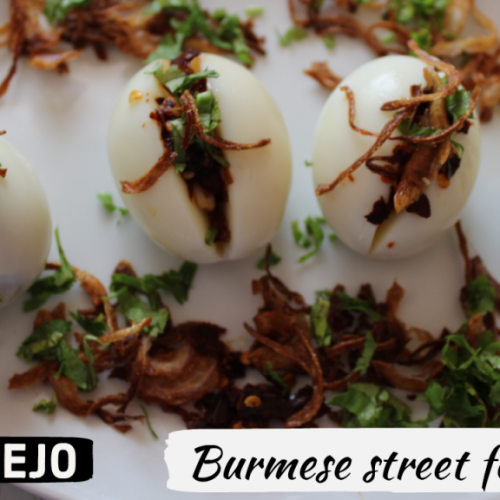 Egg Bejo from Indo-Burmese cuisine a very popular street food nowadays. Atho is also a famous burmese street food served along with egg bejo. Burmese cuisine includes dishes from various regions of Burma (now officially known as Myanmar). The diversity of Myanmar's cuisine has also been contributed to by the myriad of local ethnic minorities. The Bamars are the most dominant group, but other groups including the Chin people also have distinct cuisines. Burmese cuisine is characterized by extensive use of fish products like fish sauce and ngapi (fermented seafood). Owing to the geographic location of Myanmar, Burmese cuisine has been influenced by Chinese cuisine, Indian cuisine and Thai cuisine.
Print Recipe Pin Recipe
Prep Time 15 mins
Cook Time 10 mins
Course Appetizer
Cuisine Burmese
Servings 2 People

Check Egg recipes of my channel

About Poornima 159 Articles
Hello Friends, I am Poornima Senthil Kumar an IT professional and mother of 2 little angels. My passion for cooking is endless and this blog and Cookingmypassion youtube channel is my dream. I post day to day recipes and also some famous and interesting recipes in my blog and my channel. I love to shoot food preparations videos and also love to capture an eye-catching and mouth-watering pics of my recipes. Me and my husband both love to cook new and innovative recipes. And I am blessed to get my hubby as a supportive and acting partner in our cooking videos. We both love cooking and tasting food as much as we love each other lol... Cooking healthy food, eating happily and staying active without any illness till the last breath is the way of my life. And I would be very happy to know my friends are too happy and healthy with my recipes. No rules, Don't be afraid to do whatever you want. Cooking doesn't have to have rules. I don't like it that way. - Masaharu Morimoto Thank you.