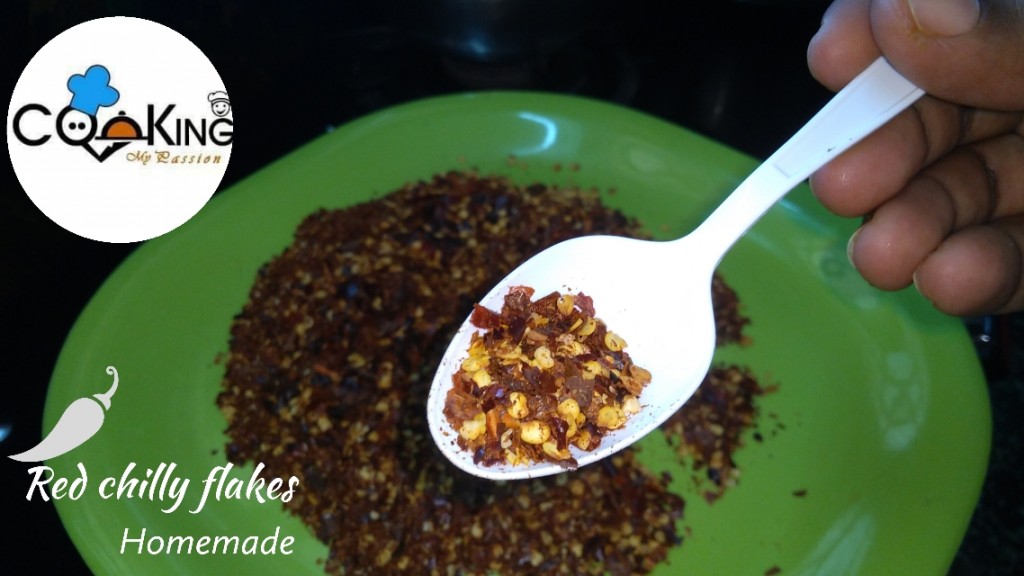 The secret behind a perfect red chilly flakes is you have to roast it well till the red chilly is crisp enough to make a sound while breaking it. If it’s get bent while trying to break the red chilly is not ready to grind. Make sure the red chilly is roast to crisp. Before adding it to mixie roughly break them to pieces and do a pulse mode in mixie. Do not grind it becomes red chilly powder lol.

About Poornima 132 Articles
My name is Poornima Thirumurthy Kumar born in chennai (Tamil Nadu), Studied BSc Mathematics did MCA and working as Technical Lead in a software company. I have more than 8 years experience in IT field. I was a freelance web designer while pursuing GNIIT (Software Engineering) course in NIIT. But later then I gave up my time only with my company. Though I would like to cook before marriage for my parents and my elder brother, cooking has become my passion since (2014) I got married and became Poornima Senthil Kumar, its just because to impress my hubby. And I would like to do more recipes for my daughter Keerthana who is 15 months old now, many times she would not try it at all. Now I would like to post my recipes to the world to impress you all. I have planned to launch this website on 14th April 2017. And its going to be updated with new recipes frequently. Cooking healthy food, eating happily and staying active without any illness till the last breath is the way of my life. And I would be very happy to know my friends are too happy and healthy with my recipes. No rules, Don’t be afraid to do whatever you want. Cooking doesn’t have to have rules. I don’t like it that way. – Masaharu Morimoto Thank you.