Pori urundai our traditional Indian sweet mainly it’s a south Indian snacks. This Pori urundai made with puffed rice and jaggery. It’s very simple sweet but one should get practised doing it. The right consistency of the jaggery syrup is the secret to do the sweet. If you master in it you can do kadalai mittai, Ellu mittai or Ellu urundai etc. Because the process is the same only the main ingredients differ.

This traditional sweet is offered to God in the occasions like karthigai deepam, Diwali, Navaratri, Varalakshmi viradham etc. A simple sweet for all the occasions and also its healthy. Anyone can buy the puffed rice and jaggery even the poor, in old days this was one of the snack which filled the stomach of the children during the evenings after the school. 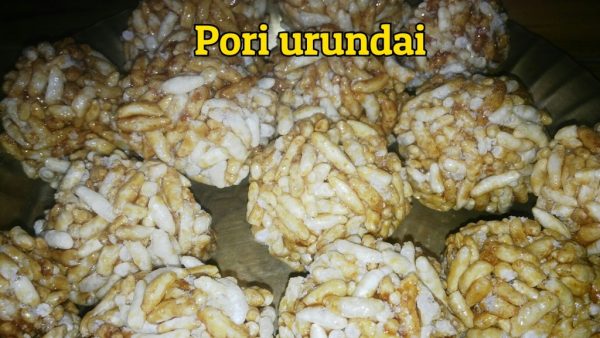