Christmas, Christian festival celebrating the birth of Jesus. The English term Christmas (“mass on Christ’s day”) is of fairly recent origin. The earlier term Yule may have derived from the Germanic jōl or the Anglo-Saxon geōl, which referred to the feast of the winter solstice. The corresponding terms in other languages—Navidad in Spanish, Natale in Italian, Noël in French—all probably denote nativity. The German word Weihnachten denotes “hallowed night.” Since the early 20th century, Christmas has also been a secular family holiday, observed by Christians and non-Christians alike, devoid of Christian elements, and marked by an increasingly elaborate exchange of gifts. In this secular Christmas celebration, a mythical figure named Santa Claus plays the pivotal role. Christmas is celebrated on Friday, December 25, 2020.

Christmas was traditionally a Christian festival celebrating the birth of Jesus, but in the early 20th century, it also became a secular family holiday, observed by Christians and non-Christians alike. The secular holiday is often devoid of Christian elements, with the mythical figure Santa Claus playing the pivotal role.

How is Christmas celebrated ?

Christians and non-Christians participate in some of the most popular Christmas traditions, many of which have no origins in Christianity. These customs include decorating evergreen trees—or, in India, mango or bamboo trees; feasting (picnics and fireworks are popular in warm climates); and exchanging gifts on Christmas Eve or Christmas morning.

The major cities of India like the cosmopolitan city of Mumbai, Goa, Delhi, to name a few are abodes to thousands of Roman Catholics. Therefore midnight mass is considered to be an integral part of the grand Christmas celebration in India. All the family members get together and walk to be part of the mass.

After this, a huge Christmas feast of delicious delicacies is devoured by the participants of the mass. The midnight mass comes to an end once the neatly-wrapped gifts are exchanged. For this day churches are extravagantly decorated with Christmas adornments like Poinsettia flowers, aromatic candles, and glittering lights. 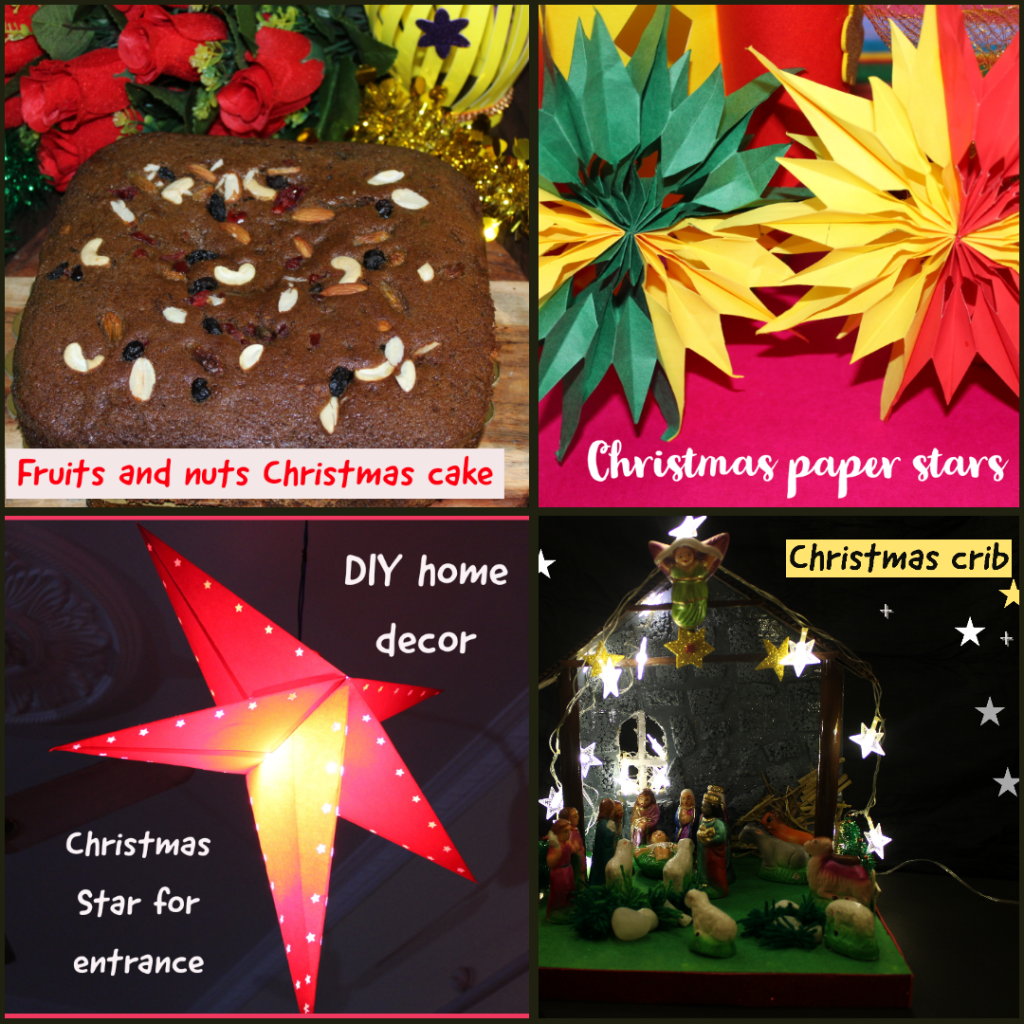 Midnight mass is a very important service for Christians in India, especially Catholics. The whole family will walk to the mass and this will be followed by a massive feast of different delicacies, (mostly curries) and the giving and receiving of presents. Churches in India are decorated with Poinsettia flowers and candles for the Christmas Eve Midnight Mass service.

Instead of having traditional Christmas Trees, a banana or mango tree is decorated (or whatever tree people can find to decorate!). Sometimes people use mango leaves to decorate their homes. 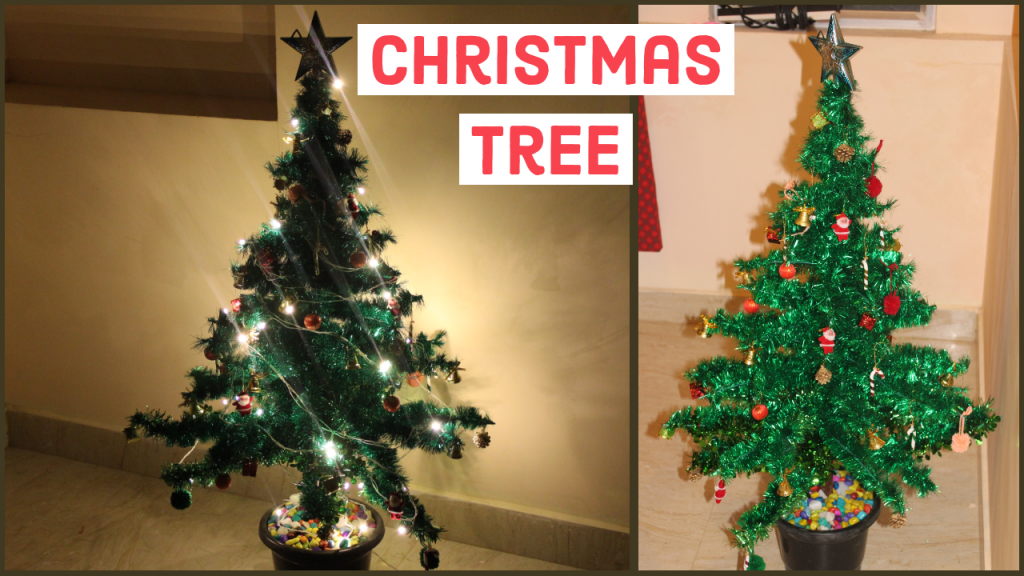 In Southern India, Christians often put small oil burning clay lamps on the flat roofs of their homes to show their neighbors that Jesus is the light of the world. People also make christmas crib at home for a perfect nativity scene.

Christians in Goa love to celebrate Christmas! Goa has lots of ‘western’ customs as part of their Christmas as Goa has historical connections with Portugal. Most Christians in Goa are Catholics. People like to go carol singing around their neighbors for about a week before Christmas. Christmas Trees are also very popular as is a ‘traditional’ rich fruit Christmas Cake! Lots of local sweets are also eaten at Christmas in Goa. Favourite sweets include neureos (small pastries which are stuffed with dry fruit and coconut and fried) and dodol (like toffee that has coconut and cashew in it). These are other sweets are often part of ‘consuada’ when people make sweets before Christmas and give them to their friends and neighbors. Most Christian families also have a nativity scene with clay figures in it. People also make traditional rich fruits and nuts cake at home.

Christmas cake with rich fruits and nuts – no alcohol

On Christmas Eve, Christians in Goa hang out giant paper lanterns, in the shape of stars, between the houses so that the stars float above you as you walk down the road. The main Christmas meal is also eaten on Christmas Eve and is also ‘western’ with roast turkey or chicken being popular. After the meal, Christians head to Church for a Midnight mass service. After the service the church bells ring to announce that Christmas Day has arrived. Many Christians in Goa also celebrate Epiphany and remember the Wise Men visiting Jesus.

In India, many public attractions deck their premises with Christmas trees decorated to perfection by creative connoisseurs. Most landmarks and houses are covered in bling with colorful Christmas lights that make a stroll through the vibrant and happening street an incomparable experience.

Also, Christians in India adhere to the centuries-old tradition of hanging the mistletoe in the house. People firmly believe that doing so will invite good fortune into the house and ward off any malefic spirit. These days couples also follow the practice of kissing under the mistletoe as the plant is symbolic of fertility.

The faux Christmas wreaths are gaining a lot of popularity in India to spread the festive cheer. Nothing screams ‘Merry Christmas’ to the guest like beautiful wreaths hung at the front door. You will also see some extraordinary stockings in classic Christmas colors in the Indian market space. They function as handy Christmas decorations and also keep your happy feet warm in winters. 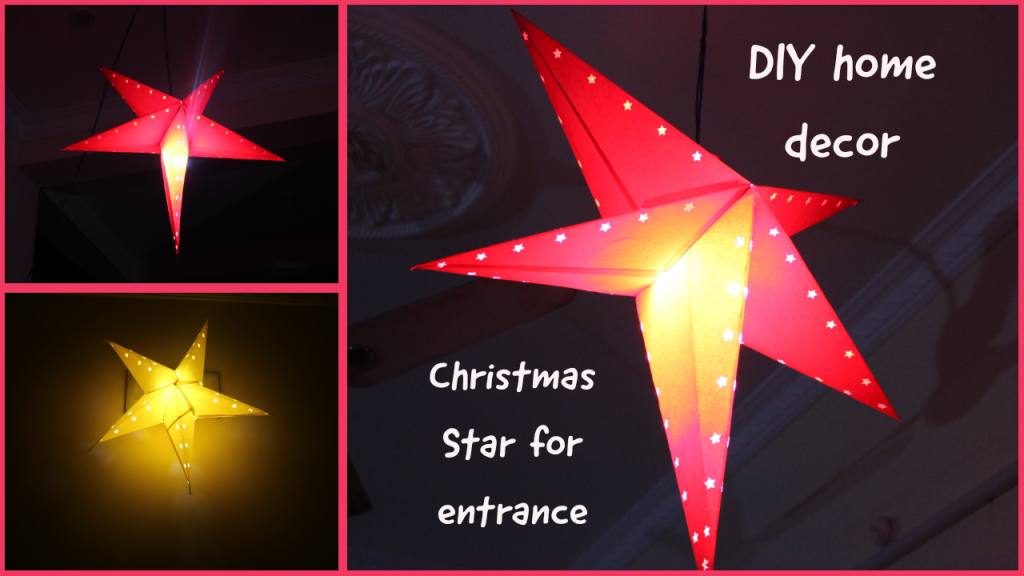 One of the most commonly used adornments during festivals in India is a lantern. It instantly brightens up the house and turns it into a sight to behold. During Christmas, people flock to the market to purchase star and angel-shaped lanterns to décor their abode. 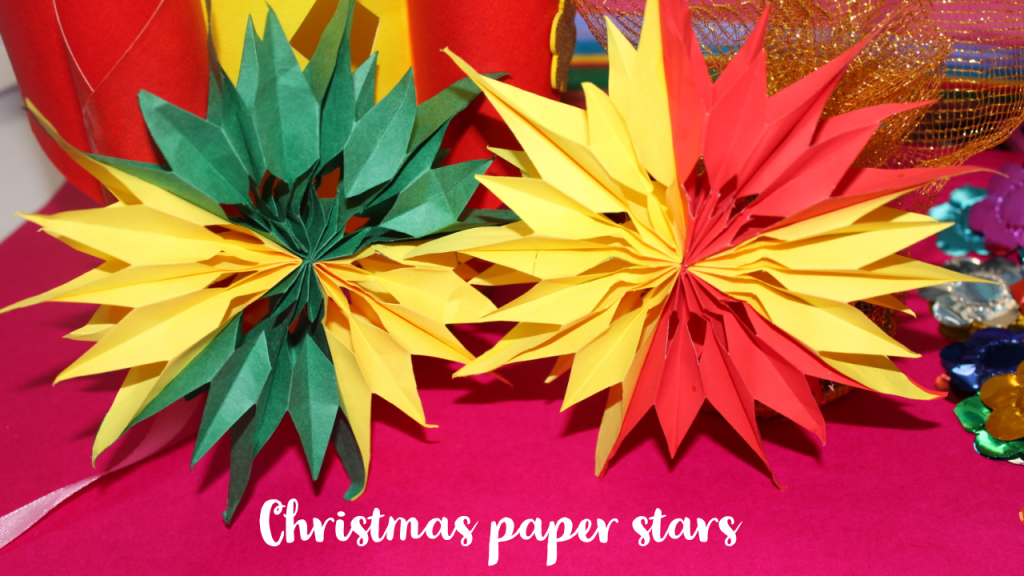 What is the meaning of Christmas crib?

Also referred to as Nativity Scene or Manger Scene, Christmas crib represents how Jesus was born. Christmas crib exhibits figures that represent infant Jesus, his mother, Mary, and her husband, Joseph. There are various other characters that are part of the Christmas crib.

What does the crib symbolism?

Francis of Assisi simply and joyfully commemorated the scene of the Nativity according to the infancy gospel, and the crib thus became one of the traditional and best-loved symbols of Christmas. In the crib we contemplate the one who stripped himself of divine glory in order to become poor, driven by love for mankind. 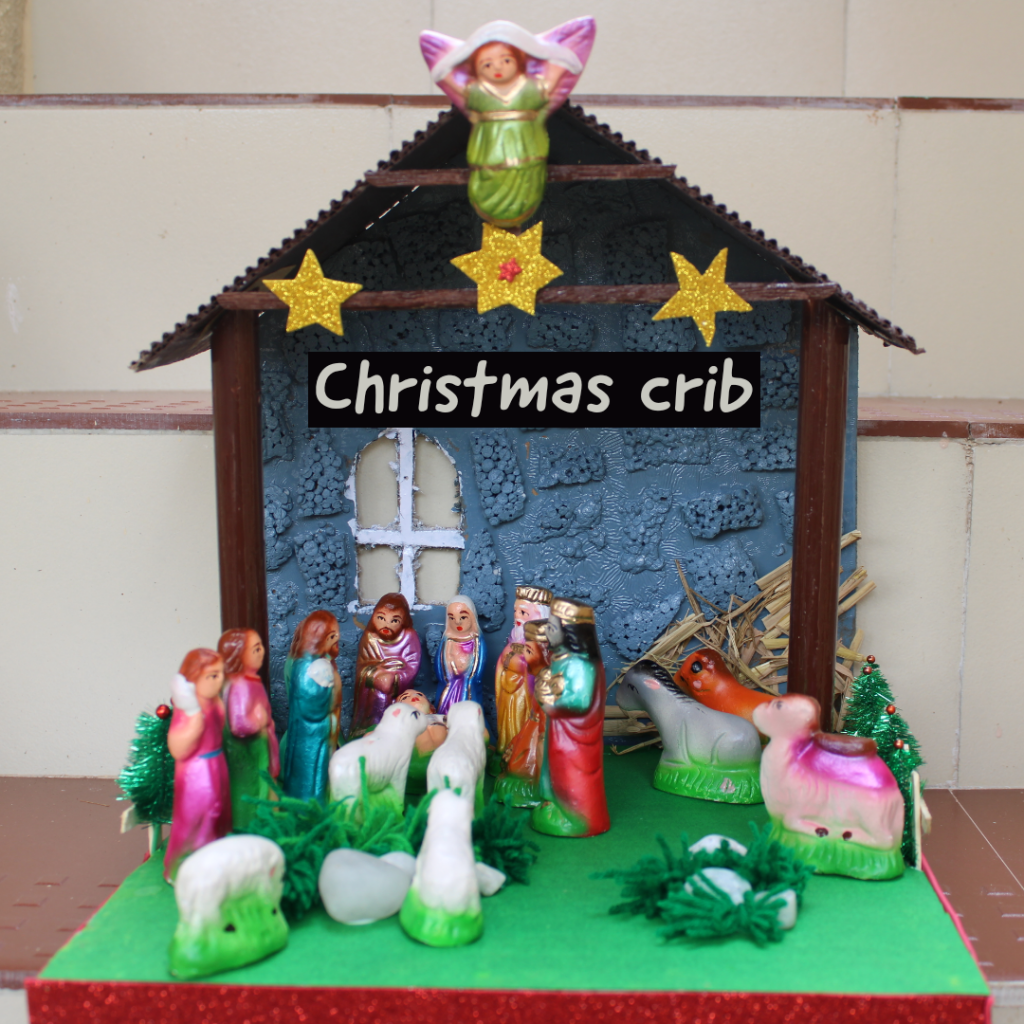 Who is part of the nativity scene?

Nativity scenes exhibit figures representing the infant Jesus, his mother, Mary, and her husband, Joseph. Other characters from the nativity story, such as shepherds, sheep, and angels may be displayed near the manger in a barn (or cave) intended to accommodate farm animals, as described in the Gospel of Luke. 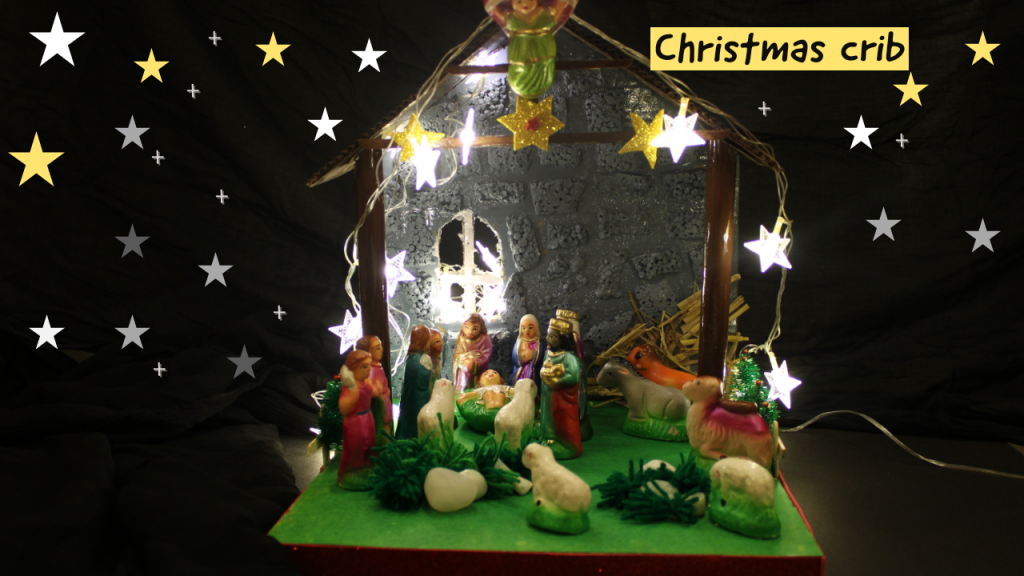